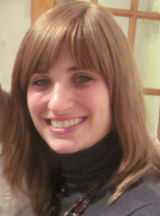 My career as a professional artist began with the publication of my cartoons on the popular Jewish website, Aish.com. My cartoons have since appeared in international Jewish magazine Mishpacha, where I now have a monthly column, Splash, the Jewish Chronicle, the Jewish Tribune, and my work featured in the Jewish humour calendar for 2012 by author Marnie Winston Macauley, published by Andrews and Mcmeel. Most recently I provided cartoons for Rabbi Shimon Gruen's book, 'Get Along with Everyone: Especially Those You Find Most Challenging' (click here to read more). 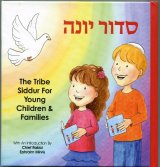 I have illustrated a number of projects for the United Synagogue (view samples in the Illustration gallery),including their Early Years Siddur.
I work as a caricaturist at events and parties, and produce caricatures from photos for clients seeking a personalised gift. View samples of my caricatures on the Caricatures page. 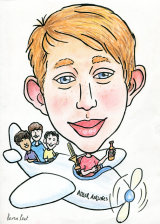 Eager to share my skills and enable others to express themselves through art, I am the Head of Art at the Beth Jacob Grammar School, Hendon, helping my students hone their artistic skills and knowledge and achieve top marks at GCSE and A-level. I also teach boys after school classes in my home from Year 4 upwards, providing a fun creative outlet for them. Previously I have taught ladies’ art classes too. Utilising this experience I have a made some YouTube videos of craft activities for everyone to enjoy! You can find more information and links in the article.

I periodically contributes articles to Aish.com which can be viewed by clicking the links below:
The Last Jedi and the Force of Family (November 2017)
Brexit and the Jews (July 2016)
A British Jew gives her take on the Brexit and how the British Jewish community is handling it.[/link] (July 2016)
Brexit: Should we stay or should we go? My country is dominated by discussions of whether Britain should leave the European Union. I can’t wait until this is over. (June 2016)
Confessions of a Jewish Jedi - From the age of 5 I’ve been obsessed with Star Wars. As I became more observant, the movies helped me on my own Jedi journey. (December 2015)
Happy Hunger Games! - In the final installment of the Hunger Games Trilogy, Katniss emerges as having all of the attributes of a great leader. These attributes are also shared by many of our great Jewish leaders. (November 2015)
Je Suis Charlie? Jewlarious cartoonist Keren Keet shares her thoughts on Charlie Hebdo and how her profession that has suddenly been thrust into the spotlight. (Jan 2015)
Cartoon Scandal - A Jewish cartoonist discusses why the recent Sunday Times cartoon was so offensive (Jan 2013)
The Twilight Saga & Abstinence - Edward is the perfect gentleman. (November 2012)
The Real Magic of Harry Potter - the dogged determination of its author J.K. Rowling. (July 2011)
The Power of Laughter - The sadness of dealing with my son's illness was eased by the power of laughter. (September 2007)

I am also a keen dramatist! My latest production, 'Time to L.A.U.G.H.' which I wrote, produced, directed, and acted in, was performed on 26th January 2020 to an audience of over 700 women, raising funds for the Laniado Hospital, Netanya, Israel. You can read more about it in the full article. My previous show was 'Spinach', performed on 16th March at Hasmonean High School, Mill Hill and 16th June at Hasmonean in Holders Hill, Hendon in 2014. To read more, see the article.

I live in London, England with my husband and children. I have a first class degree in English Literature from Queen Mary College, University of London. I enjoy ballet, playing the piano, and Scrabble.
Next
Previous